A man identified as Gideon has disclosed a past event that occurred while he was in a relationship with his class teacher that led to their breakup. 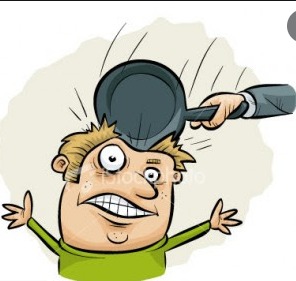 Gideon took to his Twitter page to recount his secondary school days while he was dating his mathematics class teacher.

According to him, despite being in a relationship with her, she never permitted him to cheat during exams. In fact, she gave him a hard knock for whispering to his friend.

“I once dated my young secondary school maths teacher, she invigilated one of my exams, and i was so happy cause i thought she would free me. I was only whispering to my friend when she came over, gave me a hard knock and also moved me. I broke up with her after the exam. Rubbish!” 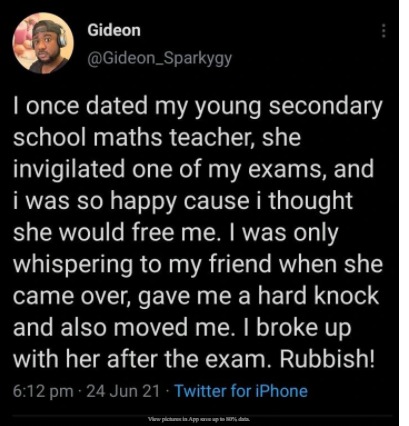