Twitter user identified by her handle as @beautifieddame recently took to the micro-blogging platform to share her worst heartbreak ever. 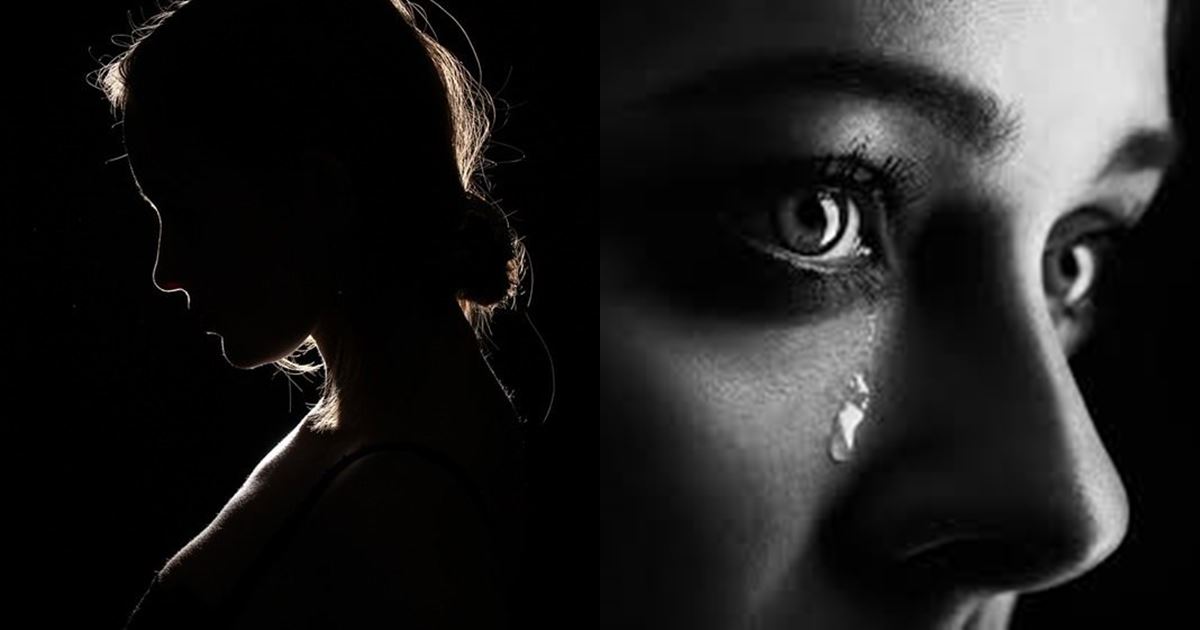 The lady narrated how her ex-husband got into a relationship with her, they dated for 1 and a half years, and later got married, but unfortunately, the marriage lasted for only four months after he opened up on not being in love with her, rather he married her due to a bet he had with his friend.

“Let me say my worst heartbreak sha… He actually asked me out, we dated for 1 and a half years, got married which lasted for 4 months and he had to open up that he was never in love with me, it was just a bet he had with his friends if he could get me or not. My world was shattered.” 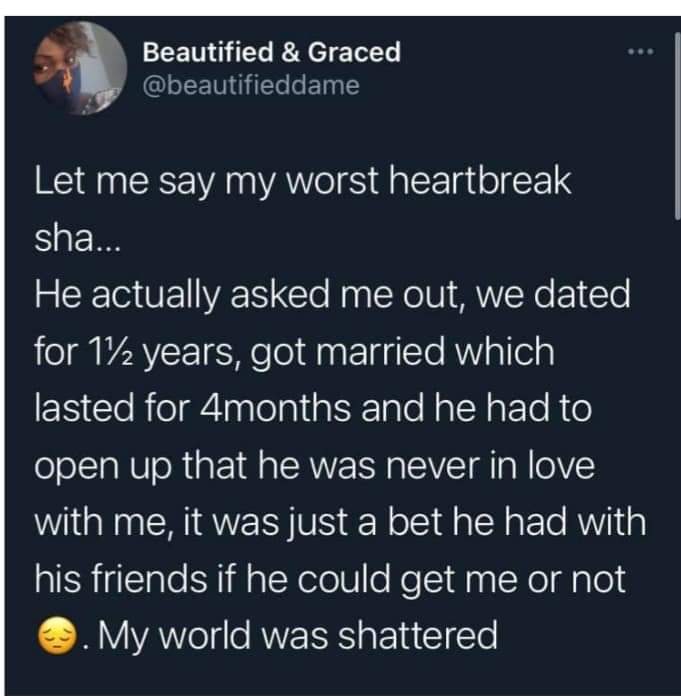 Check out some reactions to this: 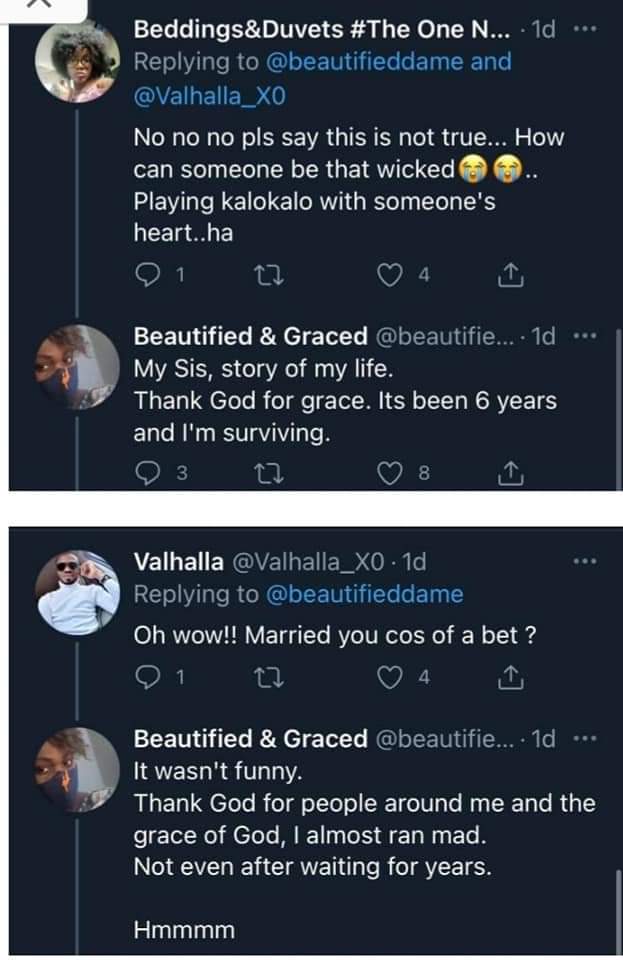 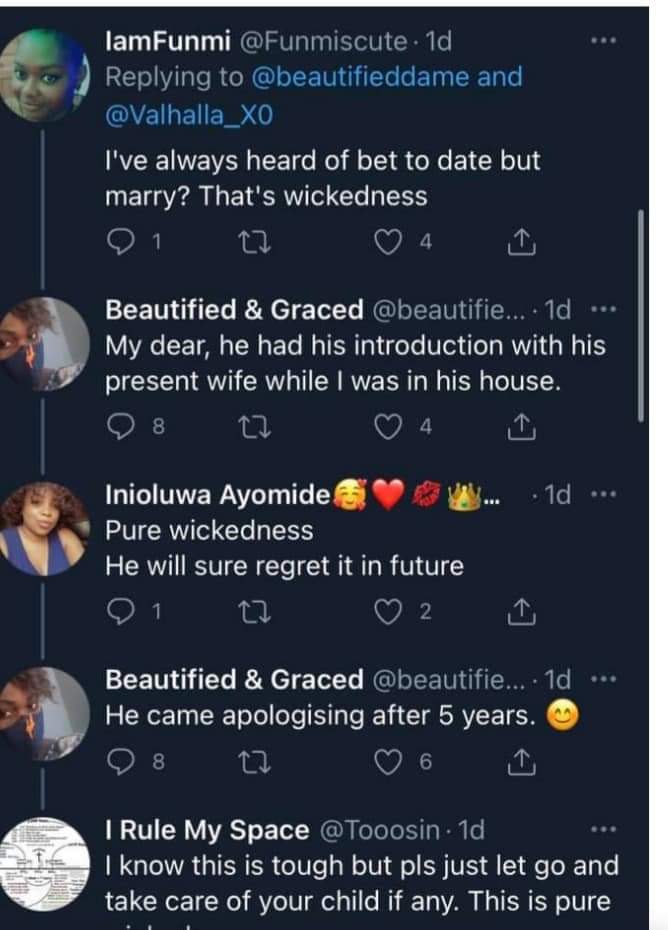