A man identified as Julius Eze on Facebook has revealed that his account was credited with the sum of N2.5 million naira mistakenly by a stranger. 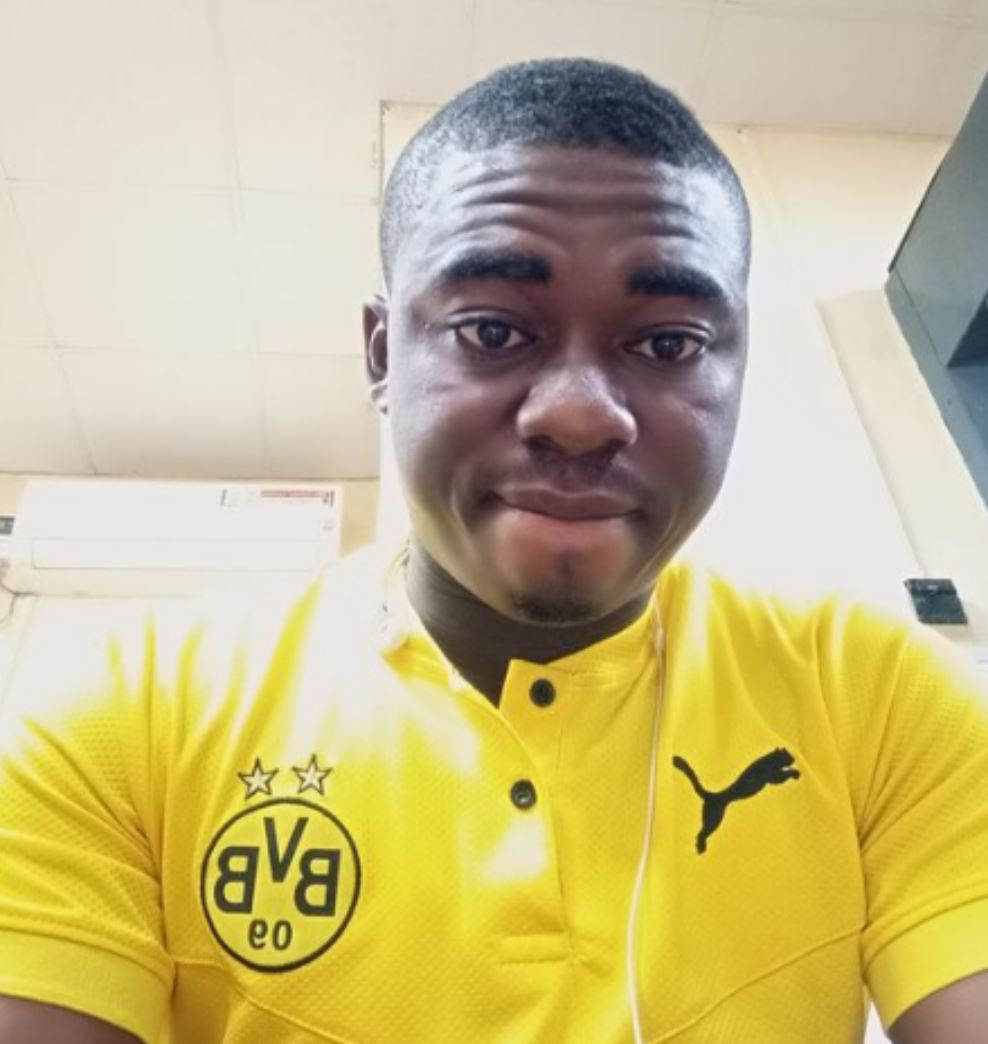 Eze who describes himself as an entrepreneur explained that on Friday night he received an alert of N500k, on Saturday morning, an alert of N1m twice, totaling it to the sum of N2.5m.

He further explained that he has been able to trace the actual owner of the money and did a transfer of everything sent to his account.

The young man also shared a screenshot of the transaction made and explained that he couldn’t keep the money because a good name is better than ill-gotten riches. 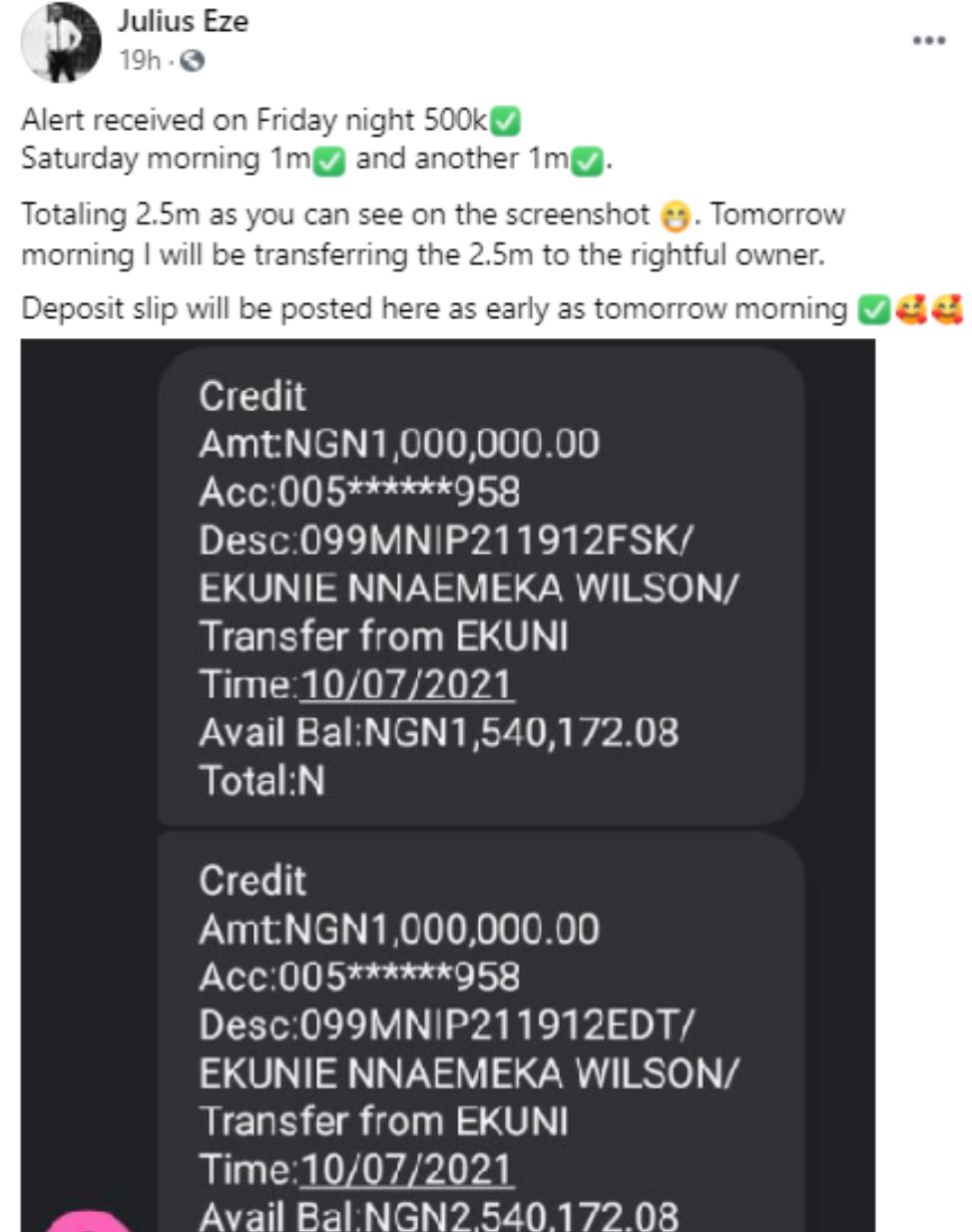 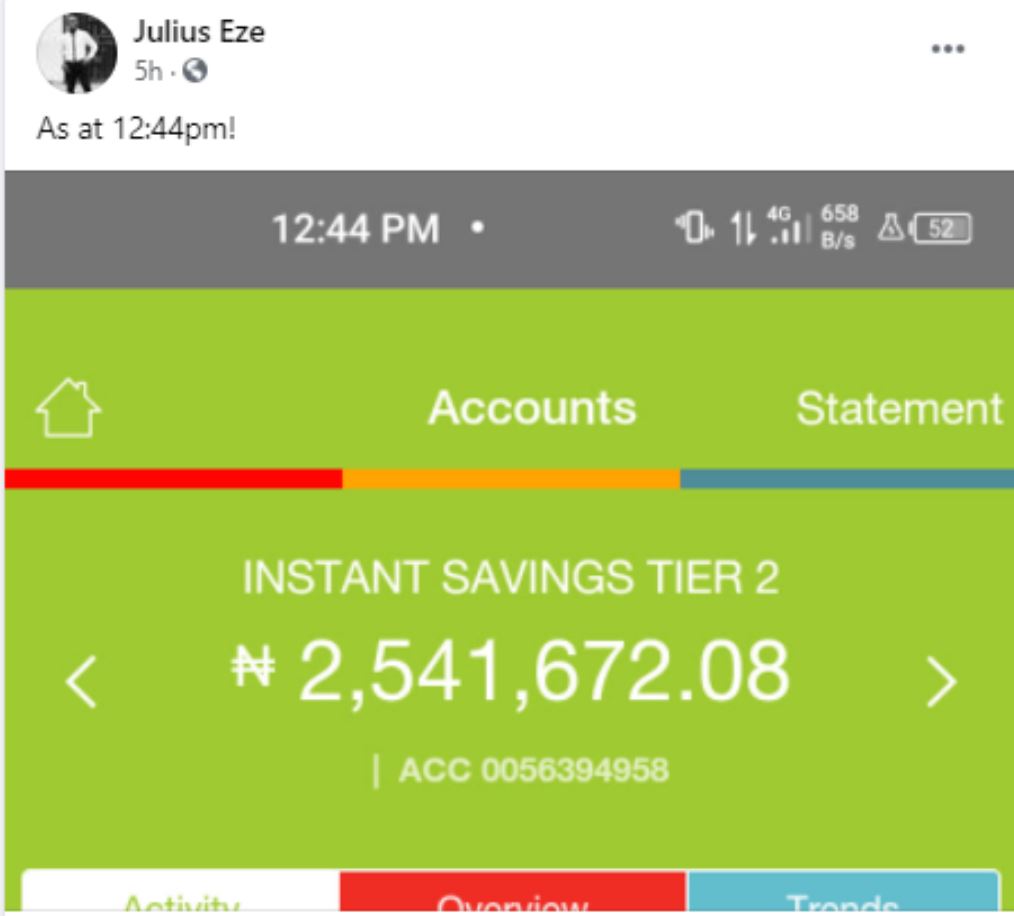 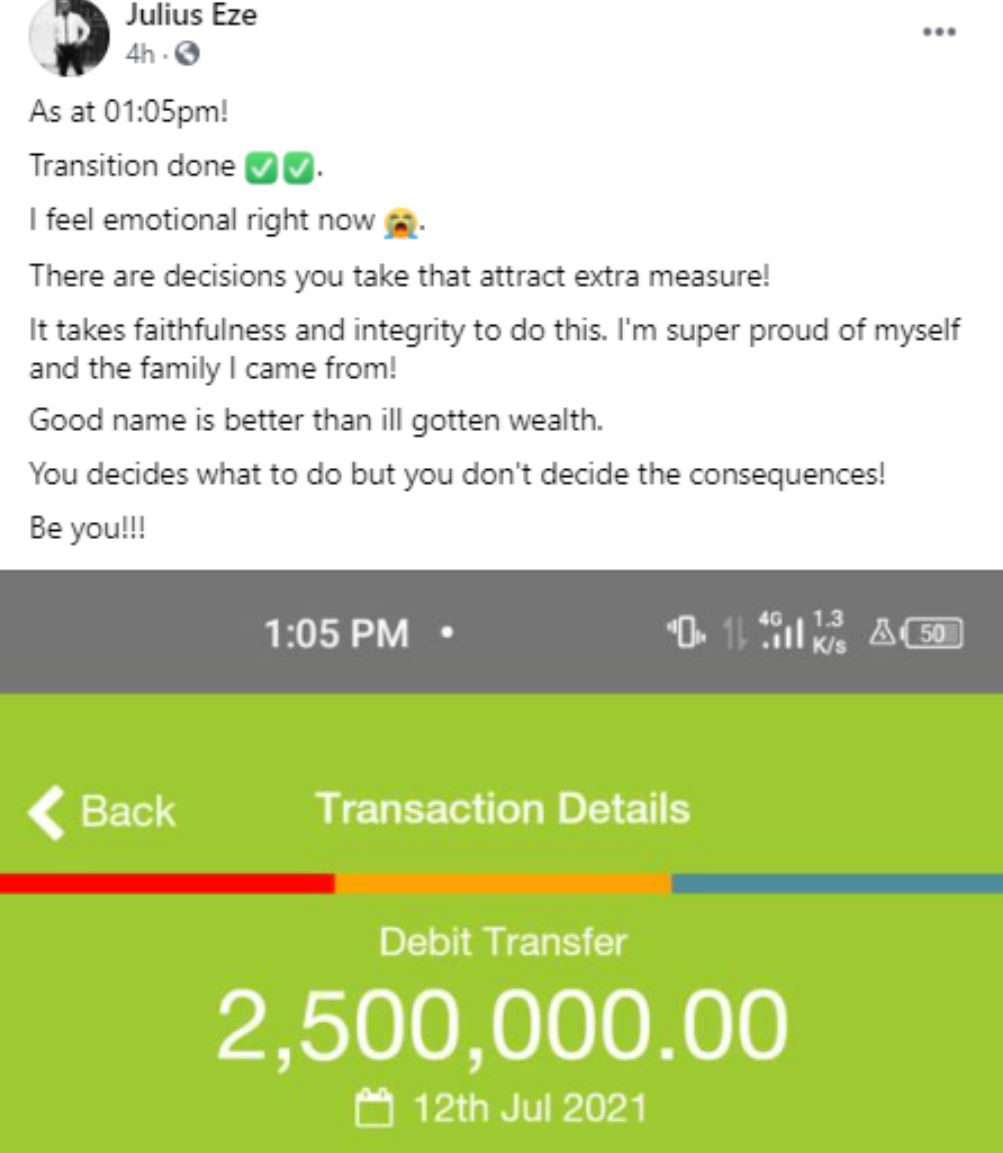