Video footage has captured the moment a man rained some cash on his pastor during a church service. 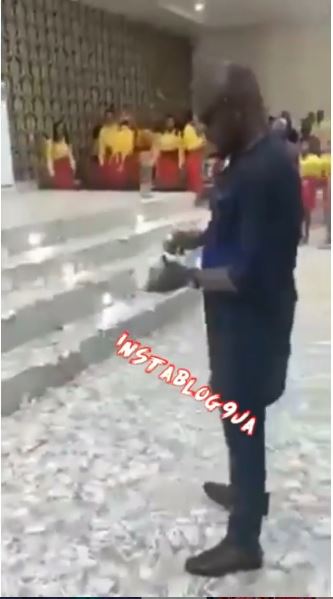 In the video, the man who donned in a black outfit proceeded to the altar where he continually threw some cash at his pastor from the bundles he carried while other members watched in awe.

The man who seems to have stolen the show in the church became the centre of attraction for both the videographer and the members.

His pastor who looked dumbfounded at the beginning of the drama later stretched out his hands, placed them on his head and blessed him for this display. He continued to throw more cash even while receiving the prayers from the clergyman. 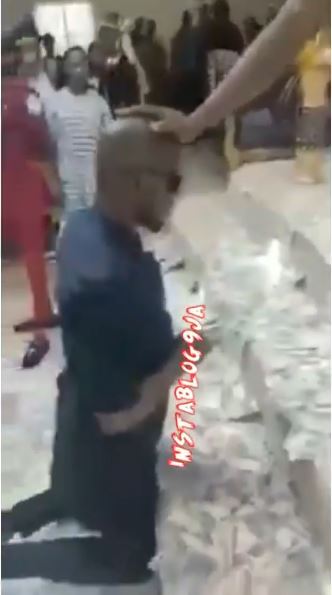